THOR INTERVIEW: “I WOULD LIFT FRANK SODA UP WITH ONE ARM WHILE HE PLAYED A BLAZING LEAD” 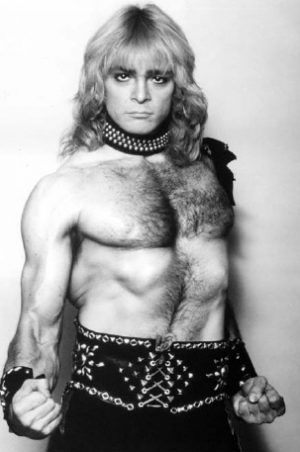 Keep It True Festival, Germany, 2011. The storm is coming thick and fast and whenever there’s a flash of lightning some guys start singing ‘Lightning Strikes Again’. Suddenly there’s a crash of thunder and another group of guys on the opposite side of the field started singing ‘Thunder On The Tundra’. It’s a moment we’ll never forget, and proves how much THOR has become a heavy metal legend. Once we heard he was working on a new album Dave Sherwood tracked down the hero to talk movies, music, comics and hot water bottles.

I can’t honestly think of any other acts hailing from Canada during the early to mid-’70s who were playing heavy rock and metal; do you think you were the first? Were you aware of any other bands playing with such force back in the day?
“There was no one else in the world who not only played heavy rock/metal with such force but also performed the concept of the superhuman frontman who could bend steel in his bare hands in the arena while singing and performing theatrics on stage. I started the first Muscle Power Gladiator rock band ever. There were other rock acts in the ’70s as the tag heavy metal was becoming known, but we set out to be something of an anomaly. My first metal band Centaur started the ball rolling. That evolved into MIKL Body Rock, then Thor and The Imps before deciding on the name Thor because of our thunderous sound.”

Thor And The Imps was with guitarist Frank Soda, but you released your debut album, ‘Muscle Rock’, and then parted ways. What happened?
“Frank Soda is an amazing guitarist. I met Frank years ago in 1974 when I came back from performing in Hawaii and was doing a tour of Northern BC. I was very impressed with him. So much so that I contacted him later in the year to join MIKL Body Rock for our Eastern US/Canada tour. It was during that tour we decided on becoming more theatrical as bands like KISS and Alice Cooper were causing such a sensation. This is how the concept of The Imps came about. Frank, Charles Towers and James Lord were smaller musicians so they became the Imps and I would become Thor and wear all these wild costumes. Frank and I had our show down pat. In one scene I would lift Frank up with one arm while he played a blazing lead. I would then throw him to the crowd who would catch him. In 1976 after the success of our album ‘Muscle Rock’ we performed with KISS at Maple Leaf Gardens. Later I signed a deal to star in a big production called ‘Red, Hot And Blue’ at the Aladdin in Las Vegas as well as performing on National TV at Caesars’s Palace on the Merv Griffin show. We had the same manager at the time and so Frank kept on touring as Frank Soda and the Imps. We parted ways then to pursue our separate careers but came back years later to tour and record again.”

Whilst starring in those various productions during that period did you miss the music? Did you ever have a direct dream or motive as to what you wanted to do as a kid?
“Yes. My heroes were The Beatles, The Yardbirds, The Doors but also Steve Reeves [Mr Universe and star of the movie Hercules) and George Reeves (TV’s ‘Superman’). So I loved movies and andmusic. That was my dream. To become a bodybuilding champion, a rock star and film star. I achieved all those goals.”

At what age did you first get into pumping steel?
“I started pumping metal at seven years old, inspired by ‘Superman’ and ‘Popeye’ comics. My muscles grew quite rapidly. I had good genes. I then started entering bodybuilding championships at twelve years old.”

Thor has not always been just about the music has it? Your physique and body-building enthusiasm has also played a big part in the band, so much so, that ‘Gladiator Rock’ was born. How did you entwine pure heaviness with heavy-lifting mayhem?
“I would always listen to heavy rock music while pumping iron as part of my training before entering a physique championship. Metal music and muscle seemed a perfect meld.”

In 1977 you were back in the studio with a brand new line up and writing songs simply under the name Thor. Later that year was the beginning of something special with the full-length, ‘Keep The Dogs Away’. Did much touring come out of that album?
“We were to tour arenas and stadiums in USA and Canada, starting in early 1978 for the ‘Dogs…’ album. Some issues between the label and management caused a hold on the already booked 30 city tour. It was something to do with 3D lazers and hologram monsters that were to be part of the show. I went to Las Vegas temporarily to work out a new show under my own supervision. While there I developed some new moves, theatrics and wrote new songs while starring in a production called ‘Space Circus’. I decided not to let the mayhem and enigma of the manager/label squabble get in my way. I took the reins and put together a major 35 city tour of North America from 1978-79. We promoted the album and the tour was a success with sold out concerts in every city.”

The following two releases ‘Unchained’ (1983) and ‘Only The Strong’ (1985) are two very powerful records – must haves for any heavy metal fan. How were things different for Thor this time round?
“It all worked out tremendously. After years of touring America from 1979-83, almost 300 nights a year, the band signed with Mongel Horde Records. Motörhead ‘s manager Doug Smith heard the album and saw there was a big buzz on the ‘Unchained’ record in the Billboard charts. It was selling like crazy. We signed with Greybrey Management and Albion Records in London. Taking a gamble, we crossed the Atlantic and performed a show at the Marquee in London. It went over huge. The press picked up on it and the rest is history.”

The band then decided to take over London and the UK at some point, right? Tell us about that…
“Yes. We were fortunate that Melody Maker and Kerrang amongst others thought we were a interesting and very unique act. Also we appeared on numerous national TV shows in England. The music was pretty good too. The song ‘Thunder On The Tundra’ hit #1 on the Rock Charts and ‘Let The Blood Run Red’ became an anthem. I loved living and touring in England and Europe.”

So after 1986’s ‘Recruits – Wild in the Streets’ (which was then used as the soundtrack for the film ‘Recruits’), what happened? Did you perhaps think your music days would be over forever from this point onwards?
“At a young age of 31, I retired. I did what I set out to do. Become a champion bodybuilder, rock star and movie Star. I wanted to leave the scene as a champion. I wanted to to do other things. In 1987 I never intended to ever record or perform live again. Thor had left the building.”

Were you still taking weight-lifting seriously during this gap?
“I went into other businesses that had nothing to do with show business. But I kept on working out as I always have done.”

How did the 1997 reformation come together? Had you been in contact with the rest of the band during the ten year gap?
“Michael Pilmer, who heads the Thor Koor fan club in the US set it all up. The album ‘Ride Of The Chariots’ started taking off. We decided to meet in Orlando, Florida to shoot a new video and record ‘Thunderstruck – Tales From The Equinox’. It was great to see everyone again.” 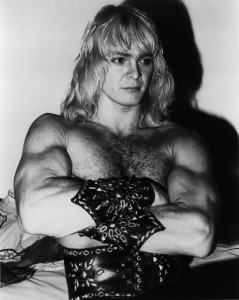 Thor has almost managed to coincidently follow the trends and patterns of heavy metal popularity. By this I mean you were there at the beginning in the early 70‘s and your “matured” sound during the early ’80s was perfectly fitting to what was happening in England at the time in which you moved here. Then as we reached the new Millennium things started picking up again – along with another reformation of the band. However, do you feel that now in 2012, the majority of your new, younger fans only listen or pay attention to your earlier work?
“I am honoured. But in addition to ‘Keep The Dogs Away’, ‘Thunder On The Tundra’, we also get requests for songs like ‘Thunderhawk’, recorded in 1996, ‘Call Of The Triumphant’ recorded in 2002, ‘The Coming Of Thor’ recorded in 2004, and one of our biggest anthems ever ‘Warriors Of The Universe’ recorded in 2006. The younger fans seem to want to hear songs from all eras of our career. Our new album we are currently recording, I feel is the best of all. Thor is ageless.”

What are your thoughts on the Thor inspired Muskelrock festival in Sweden?
“I think this is Fantastic. The promoter Jacob Hector and all at Muskelrock in Sweden are wonderful and hospitable people. We have had great shows there and they always have a tremendous lineup of bands.”

Thor was meant to play in London during 2010 but it was cancelled due to the volcanic ash cloud. Any plans for re-booking a show? And most importantly, why didn’t you beat the shit out of that volcano?
“We tried everything possible to make it. All flights were grounded. the president of the United States couldn’t even get there. We really wanted to perform this festival. We are hoping to re-schedule when the new album comes out.”

Finally, how many hot water bottles do you think you’ve blown up in your time?
“3,496. I extend my appreciation across the miles to all those fans who have supported the band throughout the sands of time. We are all Warriors Of The Universe!”