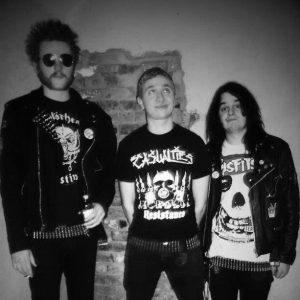 As if their credentials weren’t solid enough, Smell and Elliot are paid-up Motörheadbangers and are compiling their experiences on the road last year into a book about the Motörhead cult, endorsed by the band itself. Their debut EP is set for a limited cassette run through German label Fuck The Mainstream We Are The Mainstream (Iron Dogs/Whipstriker) as well as on 7″ vinyl being made by the band themselves.