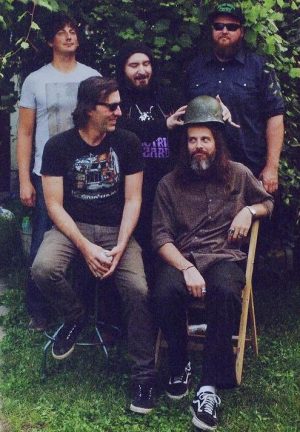 Based in Saskatoon, Saskatchewan, in the middle of the Great Plains and far removed from any like-minded scene, Shooting Guns’ isolation, along with an obsession with doom, psychedelic rock, krautrock and space rock, has yielded a unique hybrid sound, which Laramee is quick to point out is a result of relentless, Can-style jamming, for hours on end.

“My personal take on our way of doing things would be that it’s a very insular and hermetic way. Jams are a place for us to make the day disappear for a bit and make some noise. There’s the records you’ve been listening to, whatever has happened to you in the previous few hours and the fact that pretty soon you’re gonna go away for awhile and explore. It could turn out to be a glistening diamond or a stank piece of shit. It’s all in the wrists.”