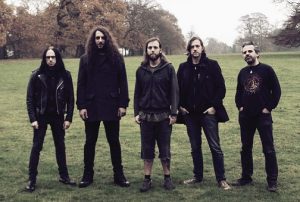 “All of us in the band have done quite a lot of recording and gigging around the globe and I guess we have come to the point where we don’t care too much about getting famous and making money out of a band,” Caure says, when asked about the reason behind the “name your price” release. “When we put ‘I’ out for free, we thought it would be great if someone would be interested to release it on vinyl in a limited edition with special packaging, so we basically got in touch with a few labels we wanted to work with and the response was amazing to be fair. We chose to go with Iron Bonehead because they are a fantastic label with quality releases… we cannot wait to see ‘I’ hit the shelves!”