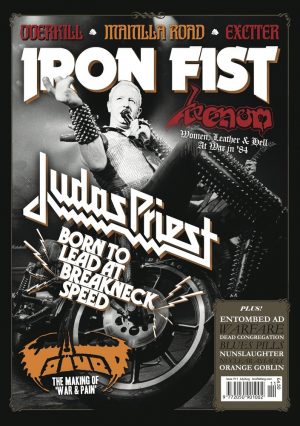 Racing though the heavens, straight into the dawn, the immortal titans JUDAS PRIEST have returned. Unholy architects of much of what we now consider heavy metal, the Brum-birthed bezerkers have forged onwards with a bloody-minded singularity of approach for some forty years now, informing everything from the music’s full-throttle, speed-fuelled attack to its wardrobe in the process. Jim Martin gets the lowdown from ROB HALFORD, IAN HILL and new axeman RICHIE FAULKNER on the trials, tribulations and triumphs they’ve encountered in a life of steel.

So long are the shadows that Priest have cast that countless bands have named themselves after one of their tunes, and one of the greatest, naturally, are EXCITER. The Canadian power trio, who dented heads with classic ’80s albums like ‘Heavy Metal Maniac’ and ‘Long Live The Loud’ are also with a vengeance, and Damien talks to longstanding rivetheads DAN BEEHLER and JOHN RICCI on their wayward pursuit of violence and force.

Another band named after a tune by a titanic metal force (much like this magazine) OVERKILL are also on customarily savage form at present, and inimitable frontman BOBBY ‘BLITZ’ ELLSWORTH has dealt with numerous instances of serious illness as well as the attendant struggles of keeping his perenially vicious force on the road throughout its lengthy career. Kevin Stewart-Panko chats to the sandpaper-throated legend.

Whilst bands like Exciter and Overkill were lurching from strength to strength in the mid-’80s, MANILLA ROAD were languishing in obscurity despite working on epic metal classics like ‘Crystal Logic’ and ‘Open The Gates and indeed continued to do so nearly a quarter-century thereafer, heralded only by the connoisseurs and nutcases of the metal brethren before cult status finally reached them. Damien delves into the whys and wherefores of a cryptic metallic force.

1984 was an exciting year for the murkier realms of the heavy metal underground, with VENOM releasing the divisive yet awesome prog-filth of ‘At War With Satan’, and their spiritual descendents volleying forth with both alien intensity (VOIVOD’s interstellar trash-trawl ‘War And Pain’) and unpretentious gusto (WARFARE’s aptly named ‘Pure Filth’) Iron Fist chats to all three bands on the genesis of their ungodly art, and the psychic repercussions of it into the present day.

After all, torchbearers of the iconoclastic spirit of metal are plentiful in the here and now the world over, and we track down some of the most vital and vicious for this issue: longstanding US blasphemy-mongers NUNSLAUGHTER, New Zealand-based death/black deviants DIOCLETIAN and, just in case there weren’t enough congregations for you, both Greek full-frontal-assaulters DEAD CONGREGATION and Australian funeral doom legends MOURNFUL CONGREGATION.

If that wasn’t enough for you, NUCLEAR ASSAULT man GLENN EVANS checks in with us on life in an NYC thrash institution, we unpick the complicated saga that has led to the new ENTOMBED AD album, and we chat with ’70s-slaves BLUES PILLS, venture to Sweden for MUSKELROCK and to Peru for this month’s World Downfall, and last but by no means least delve into the record collection of no lesser a metalhead than FENRIZ.

‘Heavy Metal’ bellowed Judas Priest’s Rob Halford with admirable candour back on the ‘Ram It Down’ album. ‘Heavy Metal, whadda you want?’ Whatever you want from heavy metal, rest assured it’s right here. 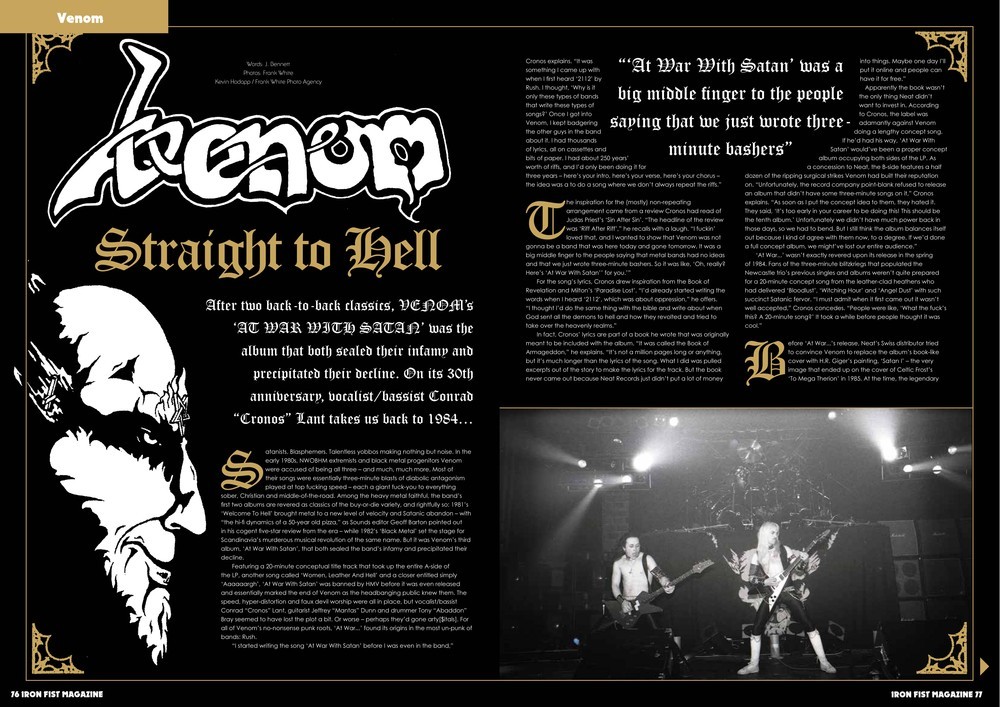 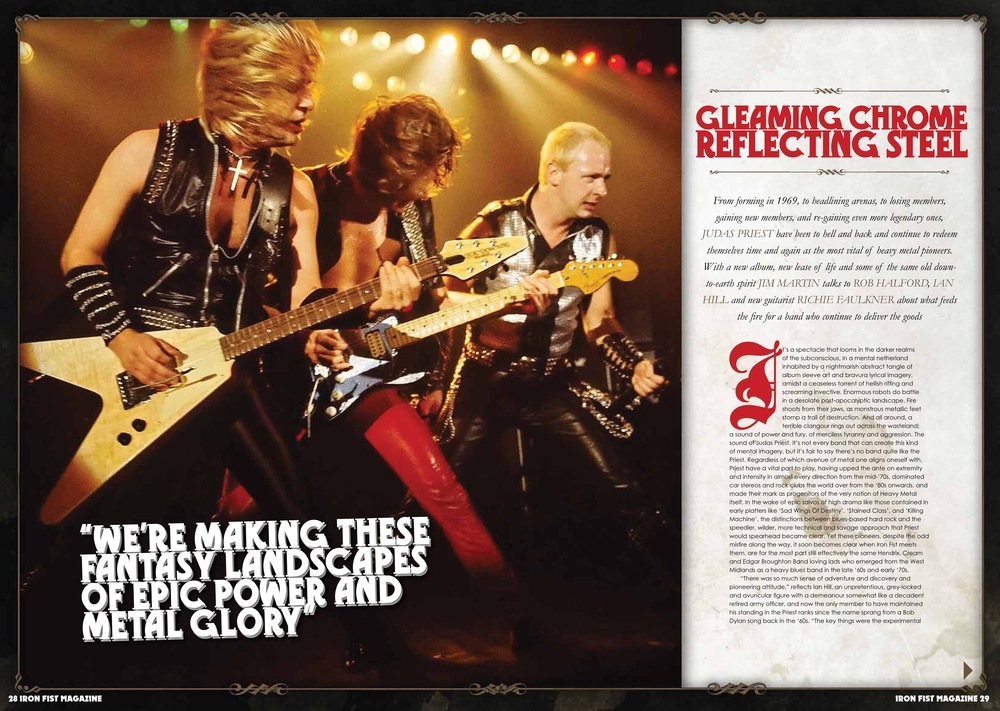