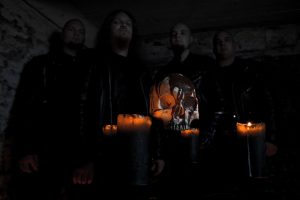 “At first, I made a conscious decision to use all the old riffs I had floating around that never fit my past projects,” he says. “You can really talk about ‘total old school worship’ since some of the riffs trace back to 1992-94. The opening salvo for ‘Forge Of Gadrial’ was written when I was 14 years old! But, as time progressed I also spoke with some of my old band mates and got permission to use unrecorded riffs from those projects as well. So, in the end, I guess it’s a bit of a mix of absolutely everything I’ve done in the past, while still retaining its own identity.”