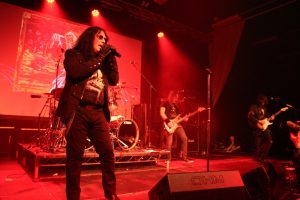 Although Malc MacMillan’s go-to bible The NWOBHM Encyclopedia includes entries for over 500 bands, most of them split up half a lifetime ago, many of their members either resolutely retired or long since graduated to the great gig in the sky. The inaugural BroFest, however, clearly demonstrated that there were enough NWOBHM acts still plugging away in pubs and clubs to populate a modest festival bill in a similarly modest venue. And so it was that BroFest #1 brought together the likes of Holocaust, Avenger, Spartan Warrior, Black Rose, Tysondog and many more for a joyous weekend of neck-snapping nostalgia. From the get-go, the organizers also showed an uncanny knack for persuading long-defunct bands to reform specially for the event, some of whom have since stayed reformed and even recorded new material: witness appearances by Badge, Bashful Alley and Scarab in 2013. Many others have since followed in their footsteps.

In a move which promises to give BroFest legs for years to come, 2013’s line-up also featured Amulet and Wytch Hazel, both relatively new bands in thrall to the old-school sound. Their ‘Spirit of the NWOBHM’ style slotted in seamlessly, reflecting the broad age range of the audience, many of whom were but a gleam in the postman’s eye back in the late ’70s and early ’80s. This logical and ultimately necessary trend brought bookings for Cauldron, Ascalon, Eliminator, Volture and Toledo Steel (2014), Warbastard, High Spirits and Hundred (2015) and Blind Haze, Rodney Shades and Hessian (2016). The clued-up among you will no doubt note that High Spirits, Volture and Hessian are from the US, with Cauldron being from Canada. Denmark’s legendary Witch Cross, meanwhile, appeared in 2015, and on it goes. Internationalising the line-up in this limited way (“A tacit admission that the original business model may have to be modified as the years pass by” as I wrote in 2015) provides further scope for future development. When the very last NWOBHM band with at least one original member finally goes the way of the Dodo, it’d be nice to think that BroFest could soldier on in the vein of boutique Euro fests such as Keep It True, Bang Your Head and Muskelrock. At this stage it may also be worth noting the results of several (admittedly unscientific) polls, conducted ad hoc by yours truly, suggesting that up to half the average BroFest crowd hails from outside the UK.

This year’s appearance by German blackthrash outfit Desaster prompts a puzzler that the organisers appear to have answered in the positive: can an event such as BroFest support and sustain other styles? Clearly, it can, (see Atomkraft et al) and if one considers Desaster’s ‘purist’ stance and proven pedigree – to say nothing of the records nestling in their groaning racks – their inclusion can not only be justified but may just pave the way for the injections of new energy that will keep BroFest thriving for years to come.

The quality of the BroFest billing thus far has been remarkably consistent and 2016 is certainly no exception. The most hotly-anticipated turn of the weekend, however, is the Saturday night headline slot and Satan’s first hometown show in 30 years. Always well-respected and deeply-influential, since their reformation they have, if anything, dramatically upped the ante both in the studio and on stage. Simply put, Satan’s 21st Century incarnation are much more than just a match for the sound and skills of their heroic heyday – they’re on another level entirely. This hardly ever happens. Who among us has not been crushed by the complacency, compromise and ill-composure of a once-beloved band bungling about the stage, ransacking their dignity in a dispiriting display fallen prey to dotage and creeping infirmity? Satan, it seems, simply didn’t get the memo about managing expectations or the doctor’s note about taking it easy, and it shows. Careering through classics both vintage and modern, the quintet blaze a trail that no one else on the bill has a blind hope of following. Props in particular to leather-lunged frontman Brian Ross for pulling double duty. Just 24 hours earlier the evergreen screamer lined up with Blitzkrieg alongside Cumbria’s Hammerhead (one of many NWOBHM acts to issue a sole 7” before imploding) and ex-Angel Witch alumni Tytan, all of whom injected some real fire into Friday night’s opening salvo.

Even the best of Saturday’s extensive line-up could do little more than warm the stage for Satan, although a handful definitely stood out. Although the vocals cause an extreme manifestation of the Marmite effect – you either love or loathe them – the Rodney Shades Band are well worth a look for precisely this reason. Rodney’s vocals are simply – how shall we put this?– extraordinary. Add to this the fact that this was their first ever gig and it’s a memorable showing. Gotta love their nobbling of Gary Moore’s ‘Victims Of The Future’ logo too. Other highlights include New England’s Hessian – an electrifying and eclectic blend of old-school influences with duelling twin guitars and dual male/female vocals – the excellent Geddes Axe (almost certainly the only metal band to take their name from a book about economics), and the aforementioned Desaster. In the end, NWOBHM stalwarts High Treason and Robespierre also prove even better than could have been hoped.

Sunday audience numbers inevitably fall victim to that peculiarly heavy metal morning-after phenomenon known as the ‘bangover’, but those still abed will think themselves accursed to have missed reformed Scottish obscurists Satan’s Empire who are clearly no observers of the Lord’s day. Elsewhere, and on a day dominated even more than usual by NWOBHM, if Siege and Omen Searcher manage to misfire, Oxym, Millennium, Seventh Son, Weapon UK, and Dealer – performing their 1986 debut album First Strike in its entirety – more than compensate with mighty, meaty sets that belie their gathering years.

The choice to have former Wishbone Ash bassist/vocalist Martin Turner close the weekend seems strange to say the least. As the show progresses, so the crowd dwindles, eventually leaving just the Wishbone Ash hardcore. Although hardly a paltry audience, it’s scarcely the firework finale the festival deserves. That said, the band are slick and well-oiled, and those punters that do stick it out to the end enjoy a sweet-sounding set incorporating a smattering of Ash classics and songs from Turner’s 2015 album ‘Written In The Stars’ which does a pretty convincing impression of his former band. The absence of ‘The King Will Come’, however, leaves your humble correspondent cruelly crestfallen. BroFest: A great idea that worked well. May there be many, many more. 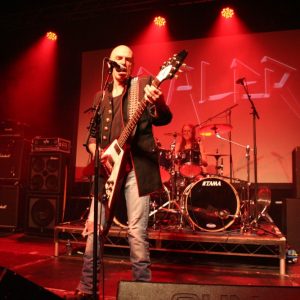 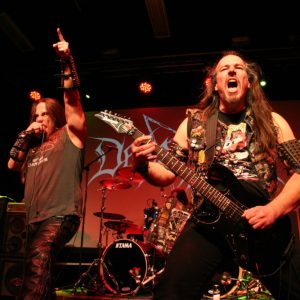 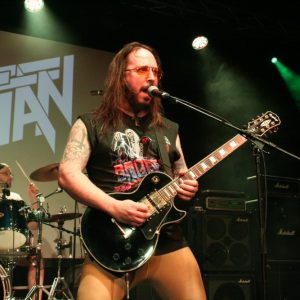 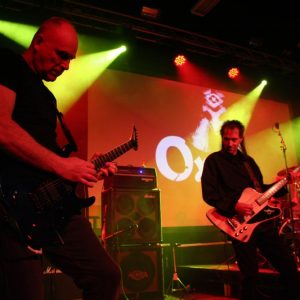 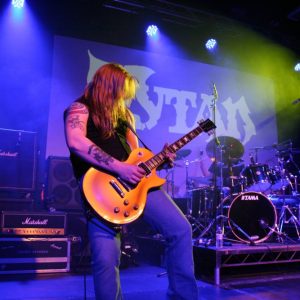