When did the idea for Memoriam come about? Who instigated the forming of the band?
Karl Willetts: “Memoriam was primarily developed to fill the void that was left following the tragic death of Martin ‘Kiddie’ Kearns, the drummer from Bolt Thrower back in September 2015. Bolt Thrower subsequently placed all activity on hold for the foreseeable future which gave me an opportunity to develop a new project with friends that had expressed interest in forming a band for some time.
“The intent of forming Memoriam was to rekindle old friendships and reclaim the flame of inspiration that fired us up back in the day. This is happening now at a real fast pace and we are all loving every moment of it. The aim of Memoriam is to continue and build on this in the future. That and world domination of course.”

You are back playing again with ex-Bolt Thrower drummer/band mate Andy Whale, how does that feel after so many years? What made him come out of death metal retirement?
“Following what happened to Kiddie I decided that I needed to get done all the things in life that I had never gotten round to doing before it was too late! One of these things was to play in a band with Whale again; so it is fantastic to actually be doing this! I think with Andy, it’s like unfinished business for him, even when he wasn’t in the band people always referred to him as the drummer from Bolt Thrower, so doing Memoriam is a way of moving on from that and fulfilling his creativity which has not been used for a while. It’s great to just get back in the rehearsal room and hear him play. It’s like he never stopped!”

There must be quite a special, vibrant atmosphere and buzz in the rehearsal room at the moment?!
“It’s all really exciting and I am chuffed to be writing new songs and being at the creative stage of development again. It has been some time since ‘Those Once Loyal’ was written and recorded in 2005 and it has made me realise how much I enjoy the creative process of working with fresh ideas. We all can’t wait to get to the rehearsal room and work on the new songs. There is a real buzz and feeling of excitement about the whole project.”

What has Andy been up to since he quit Bolt Thrower? Is this his first metal band since the recording of ‘…For Victory’?
“Me and Whale had a go at doing a couple of other bands when we left Bolt Thrower in 1994 but nothing really came of it. I think that our hearts where not 100 percent in it at that point. This is the first band that Andy has done since then. During his retirement from the metal scene Whale worked as an alarm service engineer and bought up his two lads, he’s been busy! But it’s great to have him back doing what he does best, bashing those skins.”

You teamed up with Frank Healy (Benediction/Sacrilege) and Scott Fairfax (Benediction) to round out the line-up, whose idea was it to get them involved?
“Me and Frank have always talked of doing a band but just never got around to it due to other commitments in our lives. The original intention was just to get together and jam out some old songs that influenced us musically back when we first started out doing music, however the addition of guitarist Scott Fairfax has brought a new dimension along with a bag full of killer riffs, which we have been working on to create new material. Whale suggested we invite Scott to complete the line-up.”

How many songs have you written / recorded so far and what plans do you have for a release?
“It’s all early days, the band has had six rehearsals so far, but we have the basics of five songs completed. We aim to put together a full album of material, around ten songs and record these sometime in May/June.”

How would you describe the music of Memoriam?
“We are putting the old back into old school death metal! The band builds on our collective strengths. It sounds killer, like a hybrid mix of Bolt Thrower/Sacrilege/Benediction which in turn has created its own distinct sound.”

How does it feel to be forming a brand new band after all these years?
“It is a brilliant feeling; I am really fired up with the whole creative process! I feel like how I felt when we were writing material for Bolt Thrower, yet with Memoriam we have a blank canvass so we are getting to try out new ideas. It really does feel exciting and fresh, probably because this is the first time I have been in this position.”

Can you please tell us some of the song titles?
“So far we have the following song titles; ‘Memoriam’, ‘War Rages On’, ‘Resistance’, ‘Surrounded (By Death)’ and ‘Drone-Strike’.”

What topics are currently inspiring you to put pen to paper?
“Memoriam is an intro song and sets out our intentions, this song is dedicated to Kiddie and is really a eulogy to him. ‘War Rages On’ is really about getting on with life. ‘Resistance’ is kind of anti-establishment in its focus. ‘Surrounded (By Death)’ is about being surrounded by death literally, I wrote this in the wake of Lemmy’s death, it just seems that we are constantly. ‘Drone-Strike’ is a view of the modern battlefields and a take on how war is fought using technology; it builds on the ideas from the Bolt Thrower song ‘The Kill Chain’ in a way. I try to combine elements of personal reflection on life along with the psychological effects of war.
“I have always written about the themes of death and mortality, a lot of the lyrics written for BT stemmed from the feelings of grief when my dad died when I was 21. As you get older these themes become more and more relevant to your life. Death is still a big taboo and something that is not openly talked about until it occurs to someone close to you. I feel that with the passing of Kiddie this has acted as a catalyst and the whole experience has made me think more on these issues. Memoriam is a outlet for me to express some of those emotions, along the same lines as Greg Mackintosh does with Vallenfyre.”

Are there plans to play live in the pipeline?
“Absolutely, we are currently discussing various options and intend to play a selected European festivals throughout the summer, we also then hope to play some club shows following this. We are currently in negotiation, and once they are confirmed we will make an announcement through both our website and Facebook page.”

Will there be any Bolt Thrower and/or Benediction songs in the live set?
“We intend to mainly play our new material at live shows, however we also intend throw in some songs from our previous bands such as Bolt Thrower, Benediction and Sacrilege, and we are currently deciding which ones to play.”

Why the band name Memoriam, it definitely makes you think of old school death metal? Will the logo be as old school?
“Choosing the band name was more difficult that originally anticipated. I originally came up with a long list of prospective names (a lot taken from BT song titles) however once I did a bit of research I discovered that everything that I came up with was taken or just didn’t feel right! So we placed the band name on hold and focused on getting some songs together. The first track we wrote was an intro and I put some words together as a form of tribute to Kiddie and the name Memoriam organically came from there! We have the logo completed; one element of this project is to involve old friends so we all decided that we wanted Paul McHale (who we all go way back with) to do the logo design, as you can see it is pretty old school. But readable! I see Memoriam, as a solemn tribute to the past, to all that is lost and lives that are gone but not forgotten. I apply this context to both war and life in general.”

You have been playing death metal since the very early days of the genre, what significant differences do you notice between the modern scene and old school scene?
“Back in the late-’80s, pre-computers, the scene developed locally through likeminded individuals getting together at gigs and pubs and from this a local scene emerged. Internationally the scene spread through underground magazines and tape-trading and writing letters to people. I remember most of my time was taken up with this process and it was great and really special to get a letter or parcel from somewhere far away and deemed somewhat exotic! These days promotion is a lot easier through social media platforms, contact is instantaneous and has feedback direct.
“I like the way you can get a message out to the world instantly, that’s cool and there does feel that there is a massive global connection throughout the scene which is great. However it does feel rather cold and clinical, everyone is a critic! I do miss the genuine feelings of excitement when receiving a package from an obscure band from Peru. I don’t know, it kind of feels a bit less special now.”

You have been creating quite a buzz via social media since the existence of the band was made public, are  you surprised by how quickly word has spread and the  response you’ve received from people worldwide?
“We are absolutely stunned at the amazing positive response. The Facebook page has had 2500 likes in three weeks! The video clip has been viewed 5000 times. It’s all very inspiring to us and helps the drive to push things forward as quickly as we can!”

With Memoriam being active does it mean Bolt Thrower is officially on hold?
“The decision to put BT on hold was made collectively by the band back in December 2015. The loss of Kiddie hit real hard and maybe it’s something that we will never get over. However, never say never. I would like to think that someday BT will fire up the old war machine’s engine and roll again. But at this point it is impossible to say when that will happen.” 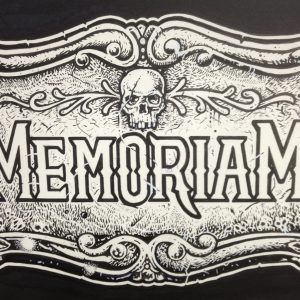 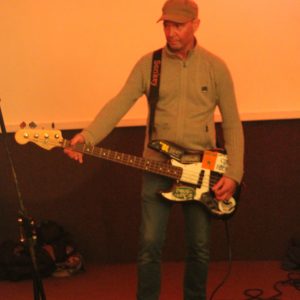 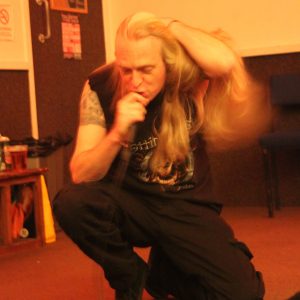 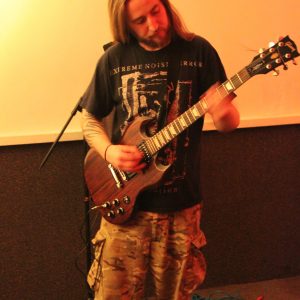 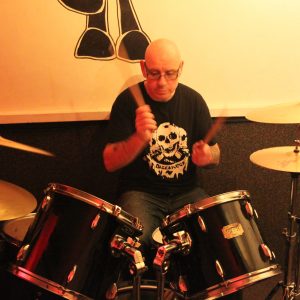