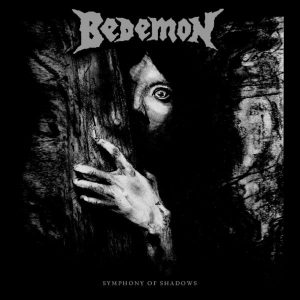 With countless demos spanning across the ’70s, it’s about time that the originators of American doom metal, Bedemon, finally released their debut album. Not only did fans have to wait nearly forty years for ‘Symphonies Of Shadows’, guitarist, composer and founding member Randy Palmer passed away shortly after the recording of the basic tracks in 2002. Against all odds, surviving members Geoff O’Keefe (former drummer and founding member of the legendary Pentagram), bassist Mike Matthews and new singer Craig Junghandel spent the next ten years finishing the band’s first set of new material in thirty years. Though firmly rooted in the ’70s, Bedemon takes all of the perfect elements of heavy music and successfully combines them into an hour-long doom metal journey with massive riffs (‘Lord Of Desolation’), screaming guitar solos (‘Godless’), headbanging rockers (‘Kill You Now’) and perfectly-places subtle nuances that truly brings out the evil in the music.
‘Symphonies…’ isn’t just a solid metal record; it’s a bittersweet testament to the band’s relentless passion for heavy music and the nine tracks presented are simply a bittersweet insight into what amazing things Randy could have created had he lived to see this release.