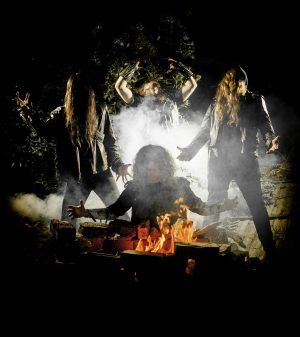 NECROS CHRISTOS INTERVIEW: “I DID RITUALS AND SOME OF THEM SHOULD NOT BE REMEMBERED” 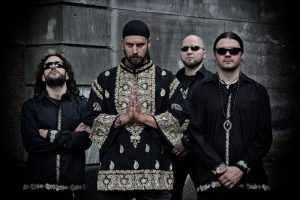 It’s difficult to pinpoint what separates one “occult” band from another, especially when it seems like everyone and his nan has started one. The strength of such a band’s convictions, of course, and the depth of their commitment to both their subject matter and their presentation are key factors when it comes to the business of being taken seriously. Without those elements, you’re just another twat in a dress with some hasty pentangles scrawled across your album cover, and metal definitely has no need for any more of those.

Necros Christos have always understood this and taken great pains to ensure that their visual approach matches and accentuates what they’re doing musically. What they’ve been doing for the past decade is crafting multi-faceted, atmospheric, oppressive death metal of the most serious intent. Now, in their 12th year and with a third, and, perhaps, final album on the way, the band clearly have nothing left to prove. To know them is to love them, and to be ignorant of their existence or of their message is to cheat yourself out of one of modern death metal’s most furiously blazing stars.

I’m a massive fan, if you couldn’t tell, and alongside my friend and … Read More