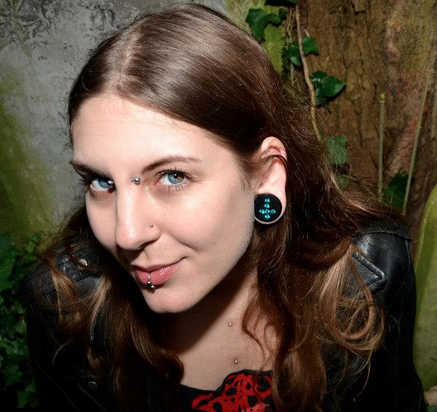 Magic Circle possess the kind of unpolished charm and fathomless sincerity that most traditional doom bands would chop the sleeves off their favourite Solitude Aeturnus hoodie for. Their love for Pagan Altar and NWOBHM’s heavier moments runs deep, and the Massachusetts four-piece have released a self-titled debut album that worships … Read More

Like so many others, Kim Kelly discovered superb Swedish black/death practitioners IRKALLIAN ORACLE online and was immediately blown away by the immediate quality and authoritative tone of their demo, and after being name-checked by Bestial Mockery’s Master Motorsag in Iron Fist #6 she tracked them down to find out more. The … Read More

“This is the end”. At least so croons Master Motorsåg of warlusting black metal maniacs BESTIAL MOCKERY. Coming straight of stage at New York’s Marytrdoom Festival and into the inquisitive lair of KIM KELLY, she finds out about best-laid plans and how it’s better to burn out than fade away

Oakland death dealers Scolex seemingly came out of nowhere with their debut EP, ‘Torn From Beyond’, but they’re far from green. In early 2012, past and current members of Ghoul, Population Reduction, Lycus and Worm Ouroboros found themselves drawn together, helpless against the malevolent forces of destruction to which they’d … Read More

Horror-obsessed and death metal maven VANESSA NOCERA has been on our radar these past few years, whether it’s been through her death/doom band WOODEN STAKE, trashing death ghouls HOWLING or simply through running the ghastly Razorback Records. Now with a new splatter platter from SKELETAL SPEKTRE on the loose KIM … Read More

There have not been so many wicked women bewitching the heavy rock world as there is now. Jinx herself must be so proud. But the high priestess of them all is most certainly the majestic JEX THOTH. With a new EP and album out this summer, KIM KELLY comes listen … Read More

The Land of the Rising Sun has earned its out-there reputation about a billion times over by now, so it’s always a bit refreshing to stumble across … Read More

There’s a reason that black metal alchemists Sodb are one of the most buzzed-about bands in Ireland. Drawing upon their considerable combined experience (we’re talking members of Altar Of Plagues, Putrefaction, Abaddon Incarnate, Dordaid Dam, Okus, Fuck You Written In Shit…) the three men and one woman of Sodb have … Read More

“Come, My Fanatics” It’s taken a good long while for me to write this reminiscence, much to Louise’s chagrin. It’s not my fault, though, I swear. After all, one does not simply review Roadburn. You’ve got to experience it first, let the dust settle, let it all sink in. There have … Read More

Australia’s metallic supremacy is no surprise to anyone who’s ever nodded sagely along to the explanation behind ‘We Are Death… Fukk You!’, but that doesn’t mean it isn’t awfully nice to discover yet another gem from under the Southern Cross. Anonymous entity Lampades have been established since 2012, but arose last … Read More