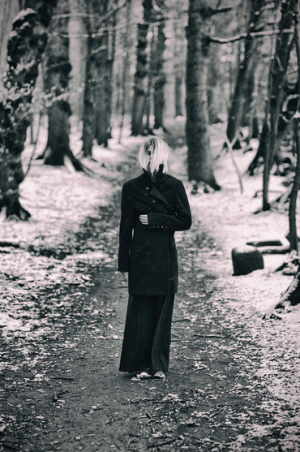 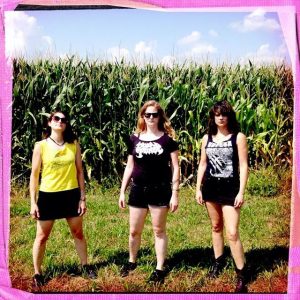 “We went on tour in 2012 and played Philly. We had never played there before and I think that’s how Relapse found out about us. I’ll speak for myself, but I think I’m speaking for all of us when I say we were very surprised when they contacted us!” While much of the music industry cognoscenti will beak off until they’re as blue in the face as they are in the balls about the irrelevancy of record labels in the digital age, Lesley Wolf, bassist/vocalist for New York blackened sludge trio Mortals, begs to differ. Their debut full-length, ‘Cursed To See The Future’ may not hit the streets until July 7 and their collective blood dripped onto Relapse’s dotted line may be their first real experience with the industry part of the music industry, but Mortals, at the very least, have the venerable label to thank for motivating them to get to where they are. “It definitely changed the game,” explains Wolf. “We were writing stuff without any real plan. We were maybe going to find a band to do a split with or eventually record a full-length, but there wasn’t anything definite. When Relapse stepped into the picture it definitely put … Read More 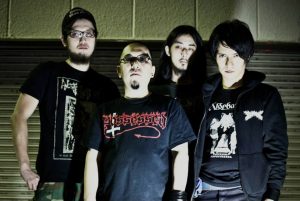