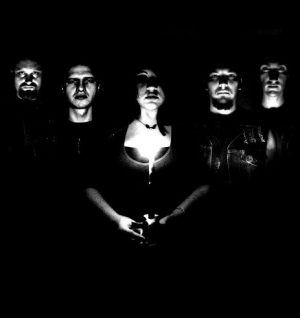 “No,” is the sullen reply from guitarist Chris Morrow. “I don’t consider Black September a black metal band.”
That angry answer is the most black metal response we’ve heard this issue, so we’ll beg to differ, but listeners can decide what genre, if any, BS have to be tethered to after spinning new album ‘Into Darkness’, which summons a dissonance of black metal, Stockholm death metal and English crust.

“We had so many ideas going into this record,” Chris admits. “We started writing soon after the last LP was released, we wanted to start this album exactly where we left off with the last one. ‘The Forbidden Gates Beyond’ had nothing to hide. It was unrefined and to the point. We wanted to add another level of depth to that without taking away the energy that the album possessed.”

When asked what bands drove them to create this cacophony Chris reels off a mighty list, “Dead Congregation, Dissection, Ascension, early Sepultura, Venenum, Destroyer 666 and Sarcasm…” After continual spins on the Iron Fist stereo we can confirm they’ve done those acts proud.