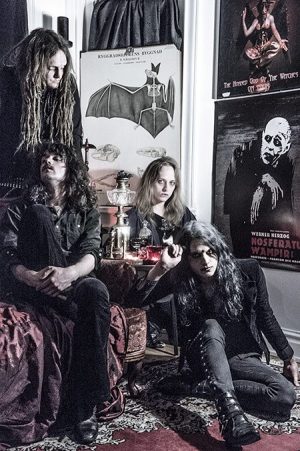 “We actually had a lot of labels hover over our heads trying to pull us into their nets,” Adam shares. “No bigger label really felt good enough, or right enough. Everything concerning this album comes down to us feeling comfortable with the people we’re working with and about us remaining in control over every single thing that’s going on. That’s exactly what Darragh [Invictus boss] offered us. A label should really help the bands get their whole vision out instead of trying to limit the possibilities, whatever they may be.”

The album will be given a North American release via The Ajna Offensive, adding another stamp of heretical approval to the band’s already impressive resume. A final thought from our axe-man: “When the first album was released we somehow managed to do it in the right time, I guess we just have to wait and see if we do that again. The album really is something else, and for us that’s a really positive thing.”