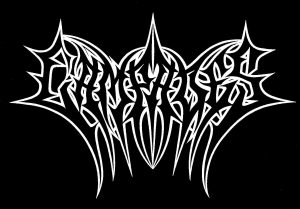 Australia’s metallic supremacy is no surprise to anyone who’s ever nodded sagely along to the explanation behind ‘We Are Death… Fukk You!’, but that doesn’t mean it isn’t awfully nice to discover yet another gem from under the Southern Cross. Anonymous entity Lampades have been established since 2012, but arose last year to deliver one of the most crushing demos of 2012. They’re already off to a good start for 2013, too, with an upcoming split with fellow Aussie destroyers Bleakwood under their belts Their style of death is familiar, as they churn out wilfully primitive, visceral and dark metal of death and lightless decay, inspired by the spirit of the underworld from whence they drew their name.
“This style of music is what we all grew up listening to, and is representative of our earlier years of musical influence; it is easier to write and perform in this style than what we do with our other bands, and thus not suitable for use as it would be very much out of context. It’s basic and primitive – a simple release of dark energy,” an unnamed source explains, keeping tacitly quiet about who those “other bands” may be. The ‘IX’ compilation demo was released by Nuclear War Now! (spanned earlier and more recent recordings from 2010-present) with a 7” due out soon via Psychedelic Lotus.
“Time restrictions with other projects/work/life mean we do this when we can in down-time so we try to work fast and do as much in a session as we can. Labels were secured from rehearsal recordings. A deal was struck to release the cassette in traditional demonstration style – no straight-to-album like many bands make the mistake of doing,” we’re told, and are gratified to see that there are still a few bands who place value in tradition. Fuck trends, hail Lampades.