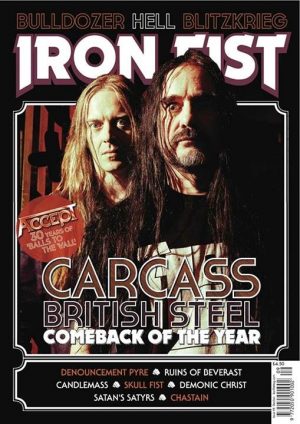 There’s also features from Demilich, Bulldozer, IRON MAN, Chastain and Demonic Christ while new steel from the likes of Avatarium, Satan’s Satyrs, Skull Fist, MAGIC CIRCLE and The Ruins Of Beverast get the Iron Fist treatment.

Thank you again for reading the mag this year, onwards and upwards – next year will be ever more killer