Warning: "continue" targeting switch is equivalent to "break". Did you mean to use "continue 2"? in /nfs/c04/h04/mnt/163996/domains/ironfistzine.com/html/wp-content/plugins/types/vendor/toolset/types/embedded/includes/wpml.php on line 644

Warning: "continue" targeting switch is equivalent to "break". Did you mean to use "continue 2"? in /nfs/c04/h04/mnt/163996/domains/ironfistzine.com/html/wp-content/plugins/types/vendor/toolset/types/embedded/includes/wpml.php on line 661
 ISSUE 10 – ARE YOU MORBID? – Iron Fist Magazine 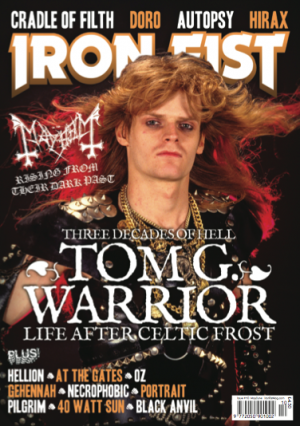 Talking of dogged survival, we also talk to maidens of metal, DORO and Ann Boleyn of HELLION about how they started their respective bands, Warlock and Hellion, and how nothing will get in their way as they continue to make music three decades after they begun. Elsewhere in the magazine we talk to AT THE GATES about their forthcoming album and reveal details of new works by 40 WATT SUN, GEHENNAH, Gaz Jennings (ex-Cathedral) and Phil Swanson (ex-Hour Of 13). We launch our new series on bands that we believe are criminally underrated and kick off with John Mincemoyer’s defence of Finnish masters OZ.

Death metal masters Autopsy get the Under The Influence treatment and we look back at the early days of CRADLE OF FILTH in our The Past Is Alive section. The magazine is jam-packed, as always, with features from bands past and present, including HIRAX, PORTRAIT, THE TOWER, BLACK ANVIL, PILGRIM, GRAVEHILL and BELOW as well as our Into Battle section (which this month features the likes of COBRA, THE GOLDEN GRASS, LVCIFYRE and more) and the usual reviews, news and a brand new column from VOLTURE’s Ryan Waste.

Are you still morbid? You will be… 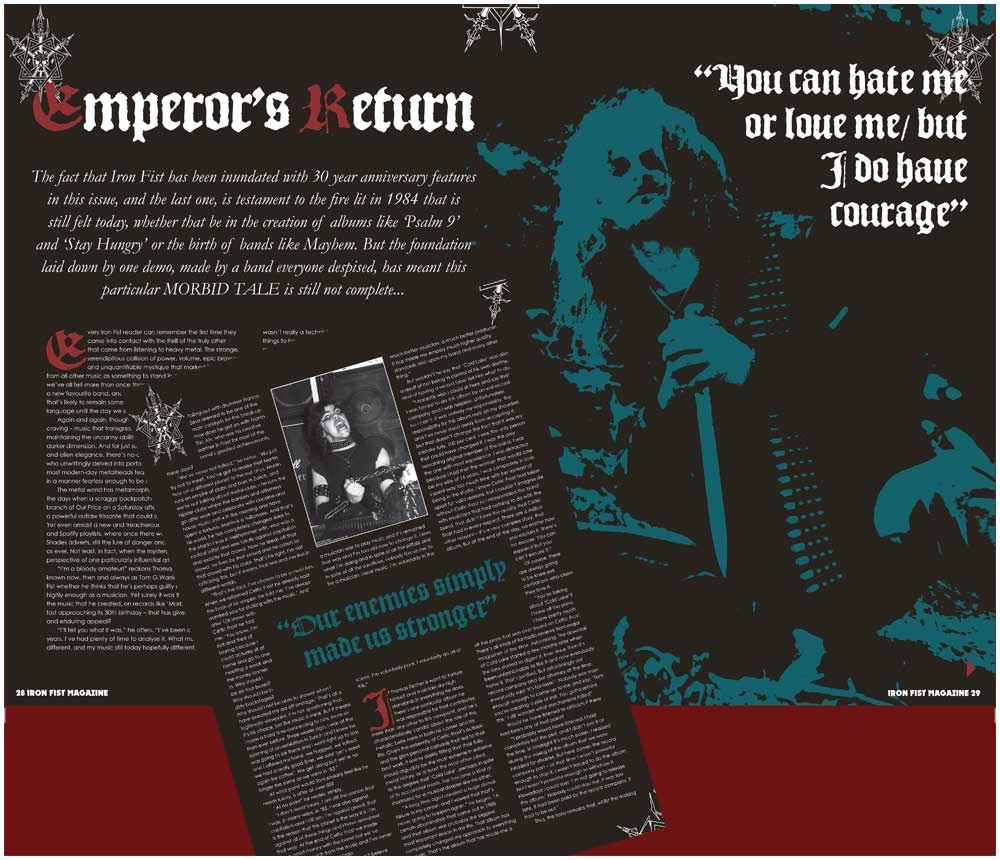