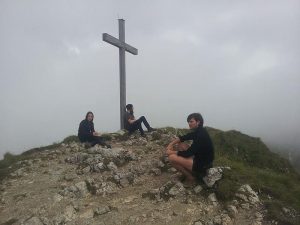 “This EP represents a meditative calm before the storm. A moments reflection in the still air as something altogether different begins to take shape on the horizon. A deep, dark rumble emanates from out there and threatens the calm. More news soon but for now we hope this collection can become a companion for those dark winter nights ahead.”