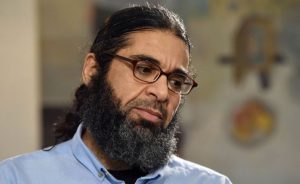 Freed Guantanamo Bay prisoner Shaker Aamer has spoken to the BBC about being tortured in the cruel camp, but that Whitesnake gave him hope.

In a moving interview with journalist Victoria Derbyshire, Aamer talked of what it was like to be detained in the prison while falsely accused of links with terror group, Al Queda.

The last British detainee of the camp is now back home in the UK, and confirmed that the soldiers and guards would use rock music to torture and displace their prisoners. However, one particular song did not have the desired affect on the Saudi national, who moved to the UK in 1996.

Iron Fist is not a political magazine, we are a music magazine, but are shocked and disgusted that the soldiers of this prison, which Aamer described as akin to Harry Potter island, Azkaban (“A place where there’s no happiness”), use rock music against the spirit it is intended. It also proves their stupidity in that they used the 1987 version of the song and not the ‘Saints And Sinners’ version. Wankers!