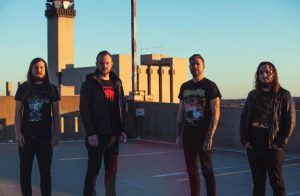 Pallbearer commented on ‘Heartless’: “This album finds us exploring new territories; instead of staring into to the void – both above and within – ‘Heartless’ concentrates its power on a grim reality. Our lives, our homes and our world are all plumbing the depths of utter darkness, as we seek to find any shred of hope we can.”