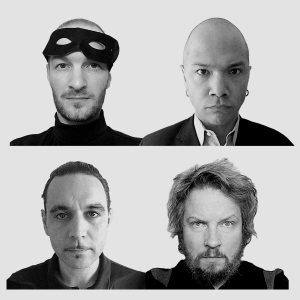 This is sunglasses-at-night rock, leather jacket sleeves rolled up and lasers set to stun. There are touches of Rush, Alice Cooper, Queen, ’90s Priest, Dio, ‘Straight Between The Eyes’-era Rainbow, REO Speedwagon – basically the contents of our editor’s glove compartment.

At this point we’re so confused by anything Jussi touches, whether it be Circle, Falcon, Aktor or Iron Magazine, but we don’t care. Keep baffling us with this straight-up futuristic metal gold from planets yet discovered.

Teasing soon.. what John Hoyles did next…