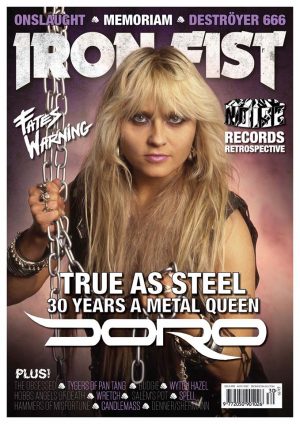 When did the idea for Memoriam come about? Who instigated the forming of the band? Karl Willetts: “Memoriam was primarily developed to fill the void that was left following the tragic death of Martin ‘Kiddie’ Kearns, the drummer from Bolt Thrower back in September 2015. Bolt Thrower subsequently placed all activity on hold for the foreseeable future which gave me an opportunity to develop a new project with friends that had expressed interest in forming a band for some time. “The intent of forming Memoriam was to rekindle old friendships and reclaim the flame of inspiration that fired us up back in the day. This is happening now at a … Read More